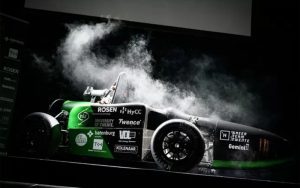 Green Team Twente is a multidisciplinary student team with students from the University of Twente and Saxion Hogeschool. They are committed to developing and applying technological innovations in the field of sustainable mobility. In the coming years, the team will grow from 22 full-time and 6 part-time students in 2022 to 30 full-time students in 2023.

For the 11th year of Green Team Twente – for the past three years their car has been one of the world’s most efficiently driving hydrogen-powered cars – the team opted for a new challenge. The student team stops participating in the Shell Eco Marathon and enters the Formula Student world. They want to show what Green Team Twente is capable of by developing and building the world’s first hydrogen-powered Formula Student race car.

To take steps quickly (and save money), the team works together as much as possible with companies with knowledge, experience and products that fit the challenge.

Planetary Gearbox out of Specification 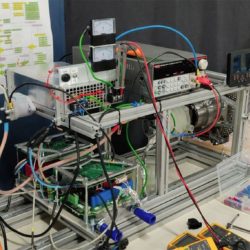 APEX DYNAMICS was approached to provide the car with a transmission system that allows the traction system to deliver power to the wheels. However, the speeds for which the system is designed are not readily available on the commercial market. The AE120 with a gear ratio of 15:1 comes close. However, this gearbox is not primarily designed for input speeds of 10,000 rpm. Green Team Twente conducted an experiment to see how the gearbox behaves at such high speeds. An important aspect was whether the temperature of the AE120 does not exceed 90°C (the specification of this planetary gearbox). In addition, the noise levels must be controlled in a non-methodical way to ensure the mechanical operation of the gearbox.

The test method used to test the planetary gearbox has a linear structure with increasing speed. By maintaining a constant cycle for a period of time, temperature measurements were taken and a comparison could be made. 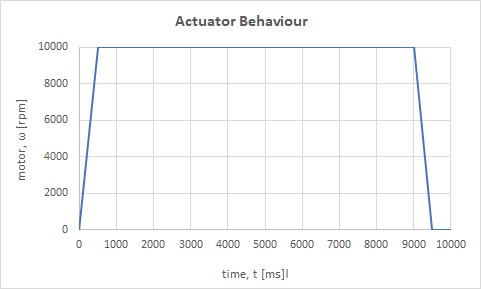 A temperature reading was taken every 30 seconds, the tests are performed at the following speeds:

With regard to noise levels, no significant increase in noise levels was observed over the duration of the experiments. This indicates that the transmission lubrication was able to function well enough. To answer our research question “Will the APEX DYNAMICS AE120-015 planetary gearbox operate within normal specifications at elevated speeds”, it can be confirmed that the temperature of 90 °C is not exceeded. Not even at the highest speeds of 10.000 rpm.

The reason that the APEX DYNAMICS AE120-015 gearbox remains relatively cool under high speeds is 3-fold:

Do you also have an application outside specification?
Contact APEX DYNAMICS and we will find a solution together!