Manufacturability, upright and final drive of the URE racecar 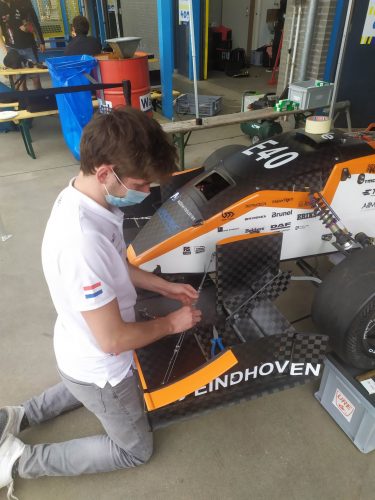 Where does a master student of Control Systems Technology gain practical experience? Luuk Heijmans chose to join URE for 2 years and develop a completely new final drive. In this article, we talk about his reasoning and what it brought him in practice.

Apex Dynamics has been a sponsor of the University Racing Eindhoven team for years and is very involved with the activities of the team. Enthusing a new generation of engineers is a passion that we share with the team. That is why we talk to these students about their position within URE and where they see themselves after their studies. This conversation focuses on the ‘final drive’ of the race car, which revolves around, among other things, the composition and choice of gears that transfer the available torque to the wheels.

“My situation was fairly unique, because in my first year at URE I became acquainted with all components related to the final drive. I first worked on the manufacturability of resources. Then I continued working on the upright, a part of the car that connects the final drive and the wheel with the chassis through the suspension. The ideal starting point in order to start working on the design of the new final drive in my second year,” says Luuk Heijmans. Luuk is a master student in Automotive Technology at Eindhoven University of Technology with a specialization in Control Systems Technology, Powertrains, partly because of URE he chose this specialization:

“During my bachelor, I didn’t actually do any extracurricular activities. I actually regretted that and I wanted to change that during my masters. The practical aspect must be central to this, because I miss that in my studies. Theoretical solutions are not enough, a solution should also be manufacturable and feasible. I chose URE because they build a new car every year, so it is very result-oriented, and I could also participate part-time. By taking some extra time during my master’s, I was able to gain that practical experience. By the way, URE also helped me find out more about which aspect of cars I find most interesting: the powertrain.” 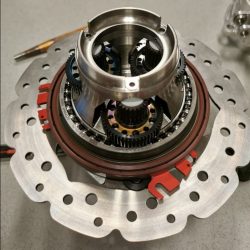 “URE renews an aspect of the final drive every year, such as the bearings or reduction ratio. But that’s often in response to changes in the rest of the car. After 5 years, it was therefore time for a completely new concept. At the end of my first year, I started helping with the concept research for the new car, and then specific aspects of powertrain and final drive. And in the second year I was able to put this into practice by designing and building a new final drive.

The result of that year is een final drive that is ready for the future. Due to material shortages and problems, it was not possible to get the new final drive on the car last year. 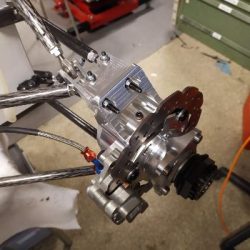 And now I’m not part of the team but I look forward to seeing it all run smoothly and as intended on the URE car this year. And there is also room in the design for later ones who want to, for example by opting for a different reduction ratio.”

USING PRACTICAL KNOWLEDGE IN THE FIELD

“I have gained an enormous amount of knowledge during my two years at URE. Now I work part-time at XYZ Dynamics [ed.: a company founded by former URE members], where I also graduate, and I can immediately put many aspects of that into practice. Directly linked to the final drive is, for example, the knowledge that I have in matters of gears, the influence of factors such as hardness, surface roughness and oil choice, for example. But also drawing up a forcebalance for a specific type of bearing so that its durability can be determined . Very practical knowledge and experience that will surely come in handy in the future.”