Home » Newsarchive » Team URE: a preview of another exciting year

Team URE: a preview of another exciting year 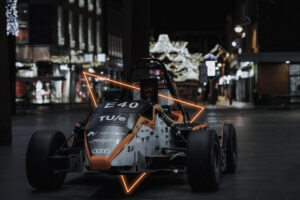 The University Racing Eindhoven student team also had to deal with the corona pandemic this year. Production areas were temporarily closed, the team was allowed to meet to a limited extent and the races were canceled. How will this affect the plans for the current academic year, under a new board, and what can we look forward to? We spoke briefly about this with Dennis Gubbels, Applied Physics student, member of the URE team for two years and the new team leader since September.

It is a special year for everyone, including the URE team, the recently appointed board and new members. In addition to developing the car, the board is of course also busy with the people in the team. Team leader Dennis indicates that this year the team has welcomed many new members and organizes online events to create a group feeling, now that fewer people are allowed to come together. But how will the pandemic affect the development of the car?

Last summer, departing team leader Tom Oosterholt told how the team dealt with the corona crisis last academic year. He already knew then that there was contact between the board of the academic year 2019/2020 and 2020/2021, they were already looking ahead: how are we going to organize the team next year and make the car even better? 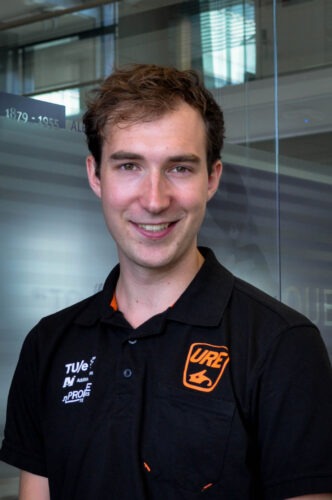 In consultation with the previous board, it was decided not to start from scrap this academic year. That would be a waste of all the energy the team put into developing the car last year, which unfortunately could not be fully built and tested due to the corona pandemic. This year’s team is therefore continuing to build on last year’s car. What does that mean? Finishing and continuing to develop. That is precisely where the opportunities lies this year.

“This car has all-new suspension and software, and upgraded engines. We are also going to completely renew the aerodynamics this year. We are going to test and further develop these components as much as possible this year, so that we can take that technology with us to next year. ” 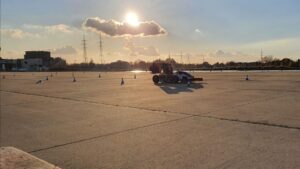 In the coming weeks, the URE team will be working on converting the car to an autonomous car, followed by a number of test moments in January. An essential part of the autonomous car is the emergency brake system (EBS). This year the hydraulic system has been replaced by a pneumatic system.

“We will be testing the autonomous car, including the EBS, in January. The car is only told in advance how many laps it has to drive. The car has to figure out how to do that for itself. When finished, the car should also stop automatically and activate the emergency brake. The car will also have to check constantly its status and check for errors. The EBS must always be ready for deployment. When the car gets a black-out, we can always activate the emergency brake remotely, so that the car can make an emergency stop. This must be tested properly. For example, we let the car make an emergency stop at 50 km/h.” 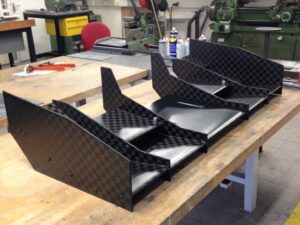 At the beginning of April, the team will rebuild the car to its electric form, with new aerodynamics. From that moment on, two new phases will follow, testing the aerodynamics and concept research for next year.

“In April, the new aerodynamics will be fitted to the car for the first time so that we can further optimize it, because of course we hope that the races will continue this year. We are also starting the concept research for the systems of the 2021/2022 academic year, because we want to optimize the internal systems in such a way that they can be passed on to the next car. 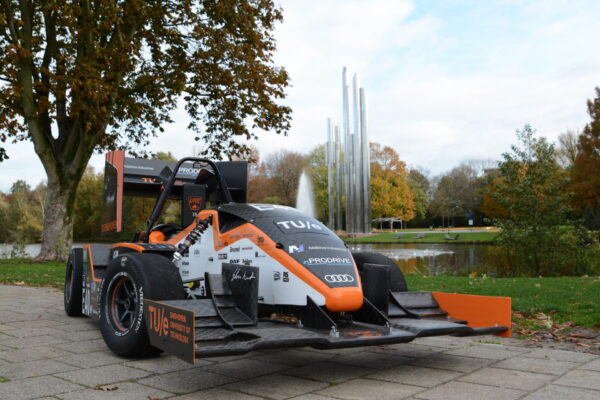 Last summer, the competition days were canceled due to the corona pandemic. This academic year, the team cautiously hopes that the competition in the Netherlands, Germany and Spain in particular can continue next summer. On these days, the car is tested on acceleration, autonomous driving and speed, for example, with a sprint and endurance test. This is also the moment when the team presents its concept and applied techniques to the jury and professionals from the industry of companies such as Ferrari and Porsche.

“If everything goes well, we can show the further developed URE 15 this year at the TT Assen, in Hockenheim and at the Circuit de Catalunya. In the unlikely event that these events do not take place, we will see if it is possible to organize a small friendly, yet competitive event with other teams from the Benelux. We continue to think ahead. ”

As a sponsor of URE, Apex Dynamics is following developments closely also this year and we will share a number of highlights.