Home » Newsarchive » What are torques compared to sports cars.

What are torques compared to sports cars.

To make the right choice for a planetary gearbox, some things are important. One of these things is the torque such gearbox can provide. But what is “torque”? We would like to explain this to you by compare torques of a gearbox with torques of some beautiful sports cars. The information of these cars we found online. Although we do run faster, we always keep the maximum speed limits and certainly we don’t own such race monsters. With these examples you will get a better idea of the forces we can handle with Apex Dynamics gearboxes.

The power of a motor vehicle is primary given in kW (or horsepower , hp, in the past) and secondary in torque at a certain speed. Below we listed three of the most familiar production super sports cars with their technical specifications: 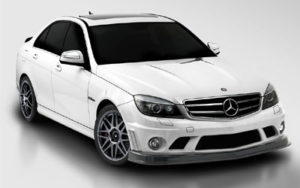 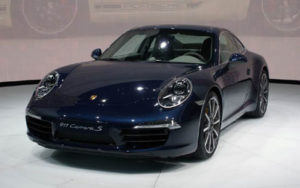 These torques are the highest in the automotive world, but a formula one car is going even further with 800 Nm.

Torque is the tendency of a force to rotate an object about an axis and is indicated in Newton meter (Nm). 1 Nm is 1 Newton (~0.1 kg) to an arm of 1 meter.  Loosely speaking, torque is a measure of the turning force on an object such as a bolt or a flywheel. For example, pushing or pulling the handle of a wrench connected to a nut or bolt produces a torque (turning force) that loosens or tightens the nut or bolt.

Why do we write about this? Well, because Apex Dynamics is always talking about torques and calculating in torques. Did you know that our gearbox AF140 is able to handle the same amount of torque as one of the above mentioned super cars? That our AF180 easily is taking care of the torque from a formula 1 car? And the AF220 gearbox is stronger than two formula 1 cars together!

Of course, this comparison is not 100% correct. This because we don’t bring in the speed factor. But it is obvious clear that Apex Dynamics gearboxes are not afraid of a tough job!