Home » Newsarchive » 3D printing is “hot”: what can Apex offer?

3D printing is “hot”: what can Apex offer?

More and more you read and hear about it, 3D printing. But what is 3D printing and who is suppling parts to build such a 3D printer? A 3D printer is a device that produces more or less arbitrary three-dimensional objects from digital “instructions” (computer files). This is done by building up an object layer after layer. Think about how the earlier pyramids were built .

The three-dimensional printing process originated from a number of projects at the Massachusetts Institute of Technology (MIT) in 2000. This is an extension of rapid prototyping, mainly to create a prototype in a short period of time. The first applications were done with a metal as production material.

After a successful operation, MIT transferred licenses to a number of companies for commercial production and use of this technology. The next step was to produce models based on other materials, such as ceramics or plastics. 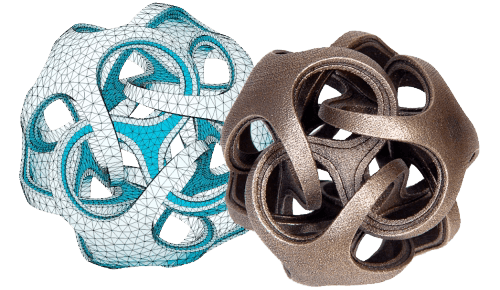 Meanwhile, the first weapon has already been printed and there are 2 mega printers scheduled in Eindhoven, the Netherlands. If you think a little more about this, than new possibilities pop up which are normally difficult or impossible to produce ,like turbines, eyeglasses, dentures, jewellery, ship propellers, streamlines, etc.. The Dutch architect Janjaap Ruijssenaars even designed a building in one piece that can be printed by a 3D printer. Ruijssenaars wanted to use a 3D printing technique that sand or crushed stone hardens again into the desired shape .

A large 3D printer is nothing else than an XYZ table (positioning table) or a portal, which has a larger height-adjustment, and of course a “printing head” in any form whatsoever. The software controls the servomotors which positions the printing head. It’s good to know that Apex Dynamics can deliver all servo-mechanical parts soon, to build such a printer: for the X, Y and Z axis, but also for example the angle adjustment of the print head. All with the desired accuracy, torques and of course delivery time within 2 weeks!

Should it also be possible one day to print precision parts for gearboxes, than we know one thing for sure: Apex Dynamics will be one of the first joining in, because also in terms of innovations, we run faster!