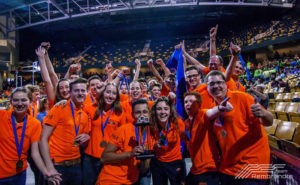 Since the start in 2012, Team Rembrandts has won 13 prizes and has managed to qualify 4 times for the First Championships. A great achievement for this enthusiastic team of students who participate fully voluntarily and usually in their own time in this project. Below a summary of the history of Team Rembrandts.

At the moment they are fully engaged in the development of the robot for season 2018. For this they have 6 weeks time, a huge challenge that motivates in all disciplines within Team Rembrandts to go to the limit. As a sponsor Apex Dynamics BV is following the adventures of Team Rembrandts.

In 2012 we started with our first robot for the Rebound Rumble game. This was an practice year, so we didn’t compete in an regional. 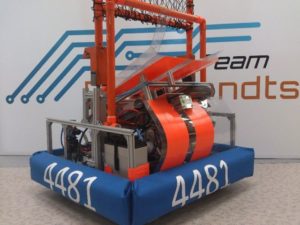 The Rookie All Star Award celebrates the rookie team exemplifying a young but strong partnership effort, as well as implementing the mission of FIRST to inspire students to learn more about science and technology. And thanks to this award we were granted a place at the FIRST championship 2013. 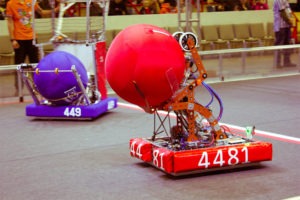 With the Engineering Inspiration Award we were again qualified for the FIRST Championship. During the FIRST Championship 2014 we won the Imagery Award in honor of Jack Kamen in the Newton division. The Imagery Award is in honor of Jack Kamen, Dean’s father, for his dedication to art and illustration and his devotion to FIRST. This award celebrates attractiveness in engineering and outstanding visual aesthetic integration of machine and team appearance. 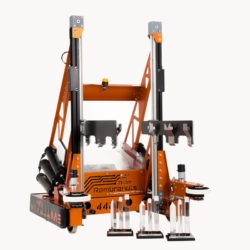 During the 2015 season we also competed in the CCM Mechatronics Trophy. In this competition we able to win the first price. 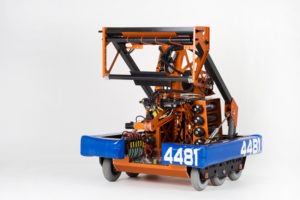 Also during the 2016 season we competed in the CCM Mechatronics Trophy. In the 2016 competition we were again able to win the first price. 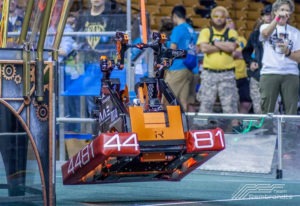 In 2017 we went with our robot “William“ to Florida to compete in the South Florida and the Orlando regional. At the South Florida regional we were able to get in to the semifinals. Were we got defeated after 3 nerve-ranking tiebreakers. But we got rewarded with the Industrial Design Award sponsored by General Motors.

At the Orlando regional we won the Quality Award sponsored by Motorola Solutions Foundation. But in Orlando we, together with team 180 – S.P.A.M. & team 1744 – Robo Rays, were able to win the regional. Because of that, we won out first Winner Award.

With this award we were granted a place at the First Championship 2017 in St. Louis. At the championships we managed to make it to the Quarter Final.