Apex Dynamics helps the Airbus A380 load and unload

The A380 or the Airbus A380, made by the European Airbus, is the largest passenger airliner in the world, only the Antonov 225 is even bigger but that unit is a freightliner. This unique widebody aircraft has two floors and can seat up to 853 passengers ( in economy class seats only). Since May 2007 Airbus also provides the ability to configure an additional premium -class, with places for 525 people . The passengers’ variant is able to fly continuous up to 15,200 kilometers, and therefore, the airplane is suitable for non-stop flights like Hong Kong – New York or Amsterdam – Perth.

The first test flight was made on April 27, 2005. Two and a half years later (October 25, 2007) the A380 made its first commercial flight, flying from Singapore to Sydney, which was also the first line-flight for the A380. On June 8, 2010, the A380 landed for the first time at Brussels Airport. A month later, on July 15, the plane landed at Schiphol Airport. During these test-landings, the technical clearance, processing and logistics have been tested. After this was completed, the plane left again on the same day .

Of course it is a technically demanding challenge to construct an aircraft like this, but also at airports were major challenges, particularly in the infrastructure. Think of boarding or disembarking on 2 levels. The loading and unloading of the luggage had to be faster, more efficiently and had to take place at multiple levels. Therefore, new fully automatic and self-propelled transport-systems were designed, to ensure that the A380 is in no time loaded and unloaded. 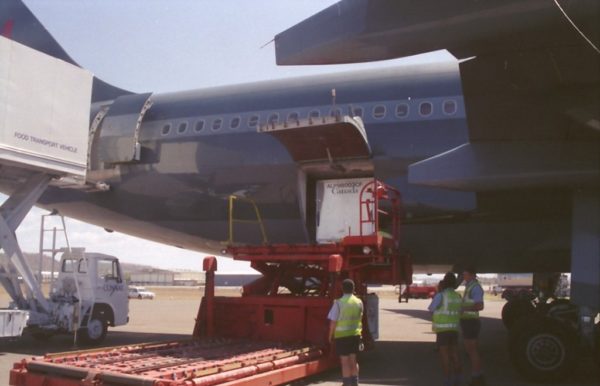 For the height-adjustment of the conveyor belts, to fit seamlessly into the access-hatch, was chosen for the Apex Dynamics AT075 gearbox in a portal setup: A servo motor drives the central AT075FL, which has two output shafts . These shafts drive the 2 flanking AT075FH gearbox with hollow shaft, through which a screw spindle runs. This setup is in a kind ” H ” configuration built, thereby providing a good stability and parallelism of the vertical unit.

According to our client, a machine builder, he has chosen the gearbox from Apex Dynamics for the following reasons :

So if you fly with this wonderful plane, remember that it is not us to blame if you have to wait on your suitcase!