Team Rembrandts wins 3 prizes at the regionals in California 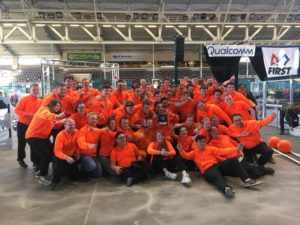 Team Rembrandts arrived back in the Netherlands on Monday afternoon March 11. Last week they were in America for a number of regional Robotics competitions in California. Among other things, they won the Engineering Inspiration Award and made it to semi-final in 2 games. In addition, it is the opportunity for the student teams to qualify for the FIRST Robotics world championships taking place in Detroit at the end of April.

Robot testing during the regionals

However, it is a very good opportunity to get the experience abroad with your team and to test whether your robot really functions as expected. It is the ultimate test to see what your robot is doing and how it performs compared to other teams. 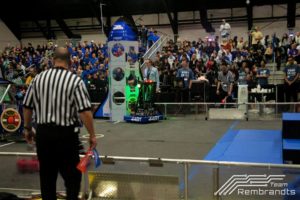 Team Rembrandts now has 1.5 months to fine-tune their robot and make the finishing touches. That will only be minor adjustments because the robot already performed quite well, even beyond expectations. In terms of adjustments, it is about small details in terms of effectiveness and consistency. For example, they will ensure that the robot can climb even faster.

During the regionals in California, in Orange County and San Diego to be precise, Team Rembrandts won a total of 3 prizes. In San Diego they won the Excellence in Engineering Award and the Safety Award for their well-organized workplace. They won the prestigious Engineering Inspiration Award in Orange County. That prize is for the team that is most committed to inspiring children and young people in technology. They made it in both games into the semi-final. 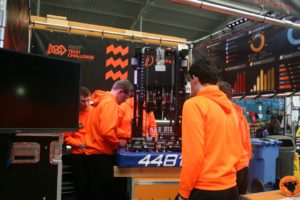 The Engineering Inspiration Award fits very well with the essence of the sponsorship between Apex Dynamics and Team Rembrandts. Technology is challenging and constantly on the move. We think it is important to make young people enthusiastic about technology because technology is the future. We are proud of Team Rembrandts that they are busy inspiring and stimulating young people who are interested in technology.

We look forward to the world championships in Detroit at the end of April and wish Team Rembrandts lots of success and fun!