This week the team was excited to get strategizing for deep space. This excitement was so great that what started as four strategies on Sunday night, increased to seven by lunch on Tuesday. To help decide, every possible robot function was given a score on the following categories;

Each category was given an importance rating. The score for each category was multiplied by the category’s importance, the sum of these multiplied scores became the final weighted score for each function. Each strategy was also given a score – the average weighted score of its functions. With so many strategies to choose from the team was ready to vote and begin prototyping. 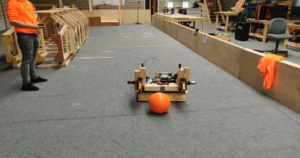 However, we reached an impasse! The results of this vote were too spread out for a definitive strategy to be chosen, a new approach was needed. The top four strategies were analyzed in-depth for point scoring potential and given opinion-based pros and cons. With this, we were able to bring it down to a top two strategies (with a 50/50 split between votes). The final decision would be made after the prototypes. 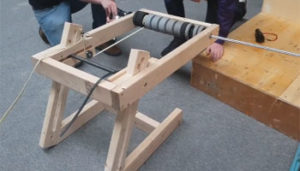 As the two strategies covered every possible robot function in this of this game, every function needed some proofs of principle/concept. The team spent the weekend, first laying out some basic requirements for each function, then making a morphological map of ideas. Then, using parts from previous robots and wood (and in one case, bananas) several PoP’s were made for each function. These included; a three-stage lift system, a banana-shaped cargo intake and a pneumatic hatch intake/output. The performance of these prototypes allowed the team to make a final strategy decision. We will make a hatch specialist with a level 3 climb.